(Written before the show). This Summerslam isn’t one that has me tremendously excited, and that’s probably due to watching Adam Cole v Johnny Gargano and knowing that nothing on this card will top that. Add to that the lacklustre card (with Brock Lesnar v Seth Rollins again and Becky Lynch and Bayley facing off against competitors who haven’t been built up in Natalya and Ember Moon, respectively). There are some matches to whet your appetite, such as AJ Styles v Ricochet, the debut of the fiend side of Bray Wyatt’s new character and seeing what exactly will happen between Goldberg and Dolph Ziggler. But, with it being one of WWE’s marquee PPVs, I’m hoping for something to blow me away. 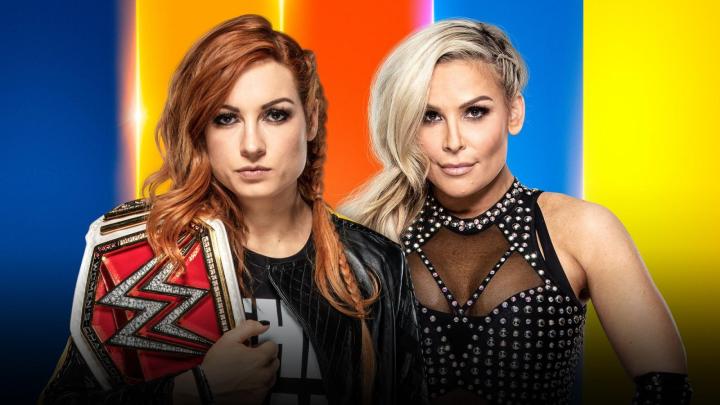 This match started hot with both Becky and Natalya slapping each other, but unfortunately the match itself didn’t ever kick into second gear. The stipulation hampered the match more than aided; with a normal match pin falls are a couple seconds, with submissions, especially ones you know aren’t going to end the match, can drag on. They also hammered home that Natalya is Canadian, but Graves rightfully pointed out that you cannot claim home-field advantage throughout a whole country, with Ember Moon, whose also challenging for a women’s championship, hailing from Texas, which is actually closer to Toronto than Natalya’s home town of Calgari. The crowd were also in favour of Becky Lynch, with multiple ‘Let’s go, Becky’ chants, with the crowd only popping for moves Natalya does, rather than her. Becky’s title reign has been largely disappointing due to her lacklustre feuds, and this is another notch on that bedpost. 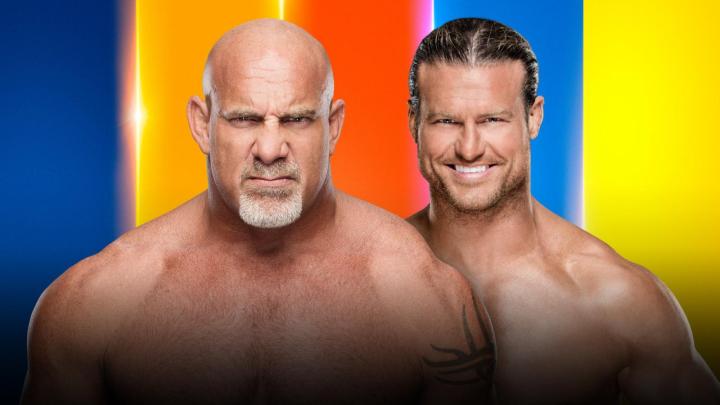 I feel like the notes I made do this match justice: Dolph with a super kick straight away, kick out at one. Same again. Spear by Goldberg. Jackhammer. 1-2-3. Dolph mocks Goldberg and gets another spear. Dolph mocks him again and Goldberg comes back and spears him again. This lasted longer than it needed to, but I suppose it was quite fun. It’s not graded due to how short it was. 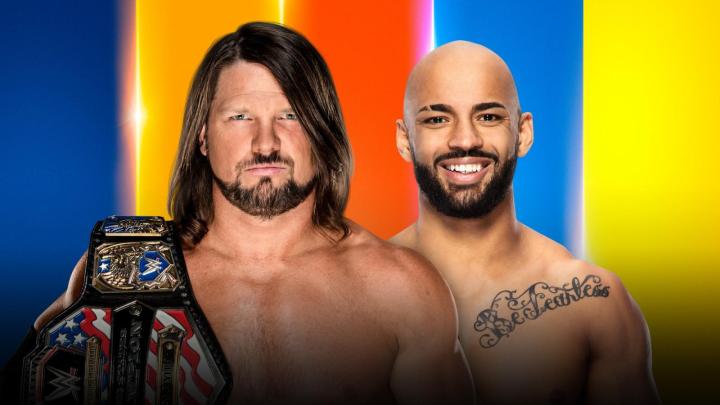 The latest match between two of WWE’s finest in-ring competitors is the latest to fail to deliver. The match starts off exciting enough, with Ricochet nicely using both members of The OC as steps to land a move on AJ, but now that AJ is a heel, his matches automatically have to be slower and more methodical. Plus, he hurts Ricochet’s leg early on (in preparation for his submission), which hampers Ricochet’s speed. So, the match feels like it never gets out of first gear. The OC obviously interfere, and this causes AJ to beautifully counter a move from Ricochet from the top rope into a Styles Clash for the win. Decent, but could have been better. 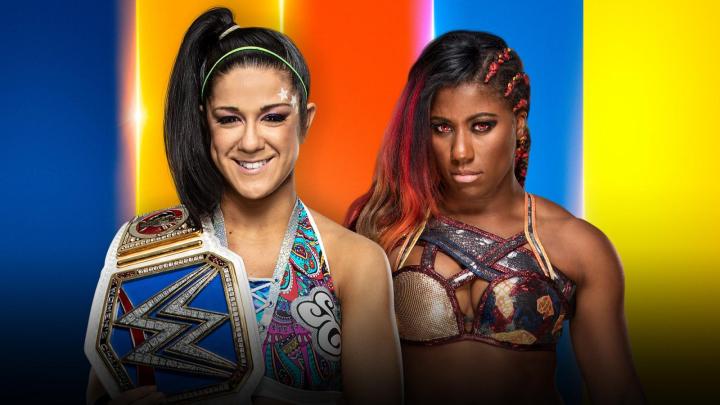 You build up two superstars, they face off against each other and the crowd is invested. You build up one star, have her face off against someone and the crowd isn’t as invested. This is very much the latter. Ember Moon has the ability to reach the top of the card, but she’s not been used enough for us to care, so the fans were so quiet for this match. Some even booed Bayley during her entrance. If they’re booing Bayley, this match had no hope. Bayley hit a top-rope Bayley-to-Belly for the win. Uninspiring. 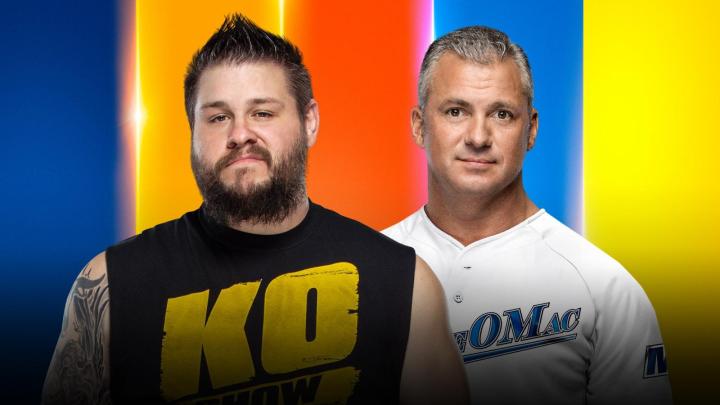 Just before the match starts Shane announces a special guest ring enforcer: Elias. Twice Owens and Elias get into a war of words nearly causing Owens to be counted out (which didn’t make Owens look too bright). Obviously, Elias gets involved: Owens hits a Pop-up Power Bomb but Elias doesn’t let the ref count. There’s eventually a ref bump which allows Owens to brutalise Elias with a steel chair, and as the ref returns to consciousness he catches Owens with the chair, takes it away and is distracted while Owens hits a low blow. A great spot. A hilarious spot. A clever spot. A spot used by Adam Cole just 24-hours earlier. Owens eventually hits the Stunner for the win and keeps his job; it was a decisive enough victory so hopefully this gets rid of Shane for a while. It didn’t have the same craziness we’ve come to expect from Shane McMahon matches and Elias’ involvement just hampered it. 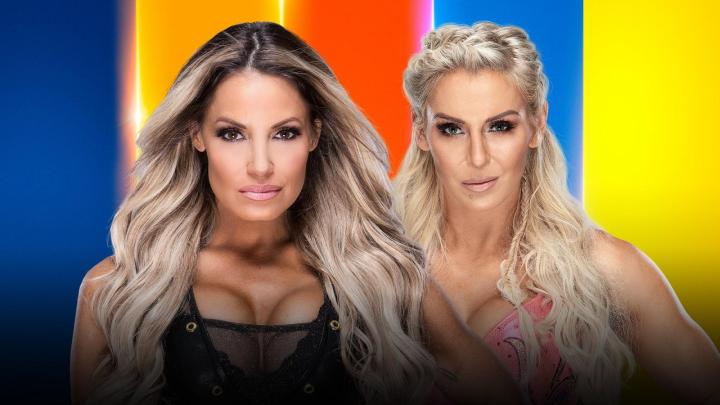 Stratus obviously received a massive ovation, actually coming from Toronto (unlike Natalya), and Charlotte used repetitive tactics to rile the crowd as much as possible. It got a bit boring, coming from the UK and knowing Charlotte’s behaviour is altered to rile the crowd, but it was fine. Stratus proved she could still go, but also that the quality of the women’s division has improved dramatically. Annoyingly, I missed the finish due to the Network playing up, just the latest in a long line of mess-ups during the show, but Stratus tapped out to the Figure-Eight and received her retirement applauds. 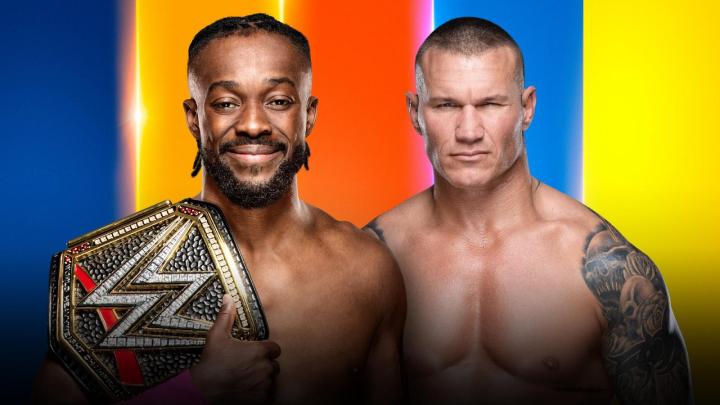 Imagine watching a fine film, not an especially great film, just a fine film, all the while expecting a satisfactory ending, but then the ending sucks. Yup, Kingston v Orton. Orton’s methodical (slow) style plays out with Kingston trying to speed up proceedings, but then comes the finish. A double count-out. The crowd chanted ‘Bullsh*t’ and I completely agree. Kingston needs a big win, with Samoe Joe, Kevin Owens and Dolph Ziggler not exactly the best of competitors during his reign, but WWE didn’t give him it here. He ended strong, hitting Orton with a kendo stick repeatedly and then a Trouble in Paradise kick, but that ending just took away from a fine match with a great story. Also, they praised Orton for utilising the full four seconds of a referee’s five-count as a ‘Veteran manoeuvre’, on a night when nearly everyone has done the same thing.

The debut of Bray Wyatt’s new ‘Fiend’ character delivered. A new revamped entrance, some new moves, but still recognisable as the old Bray Wyatt, which I really appreciated. It’s not a completely new character, it’s a further development of an existing one. This match, for the most part, was a glorified squash match, with Balor only getting in a bit of offence before passing out to the Mandible Claw and being pinned. He tried the Sister Abigail but it was countered, so I wonder if they’re trying to delete it from his arsenal slowly. I hope not, I really like that move. The in-ring work probably doesn’t merit such a high score, but this is ‘sports entertainment’, and the whole package had me very much sports entertained. 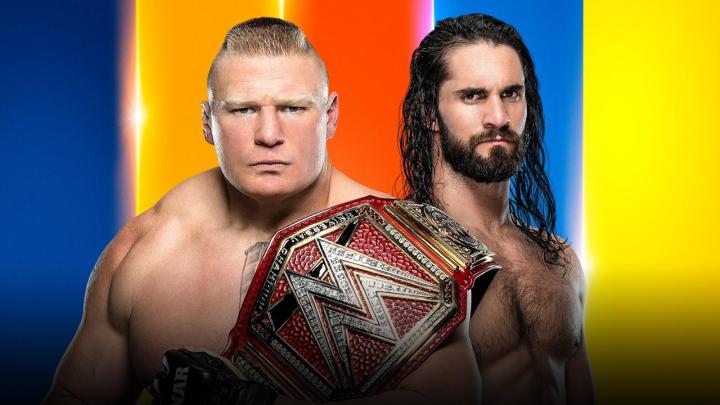 Rollins early on counters a few German suplexes into super-kicks, with Lesnar kicking out of a Curb Stomp, but Lesnar soon regains control. There’s a terrific spot where Lesnar grabs hold of the tape around Rollins’ rubs and just spins him round and round. It takes the crowd a while to get fully invested, outside of chanting ‘Suplex City’ and the other usual Brock Lesnar chants, but it gets a ‘Holy shi*t’ chant after Rollins hits a frog splash from the top rope to the announce table (which makes me get a little bit annoyed at how good he is compared to how poorly he’s being written). A very good near fall follows after a Curb Stomp. Rollins soon counters an F-5, hits a Cub Stomp and slays The Beast, again. Much better than I was expecting.

This was a very average show. None of the matches really stood out as amazing, with Bray Wyatt’s new character debut the most noteworthy moment. Neither Natalya nor Ember Moon have been built up properly enough and the crowd reacted accordingly (even if Natalya is from Canada so has home field advantage throughout the massive country that Canada is). Kingston-Orton ended miserably, and nearly three hours into a PPV, it’s not something you want to see. AJ Styles-Ricochet once again failed to live up to the preconceptions of what those two could deliver and even Shane McMahon failed to jump off something high. It never really felt like a major PPV. But, the action and booking were amazing when you compare them to the Network. Nearly every match buffered, rewound or fast-forwarded. I missed the finale of one match due to this and lots more smaller moments were lost. Also, having an advert in-between each match (ironically, the advert for the Network suffered from buffering), really damaged the show. I know they sprinkle adverts here and there in PPVs (even if they shouldn’t because you pay for the show so they don’t need to advertise), but after every match it was too much. I’ve probably been a bit harsh on my grades, with half of the graded matches coming in at two-stars, but, to me, it wasn’t a very well written show. At least it ended without Brock Lesnar as Universal Champion.

🙃
#MasterBaker
Who knew eating nothing but junk food and take aways for a year would make you so unfit that less than 100 calories is an absolute struggle! #RingFitAdventure
I wanted to take a picture of my cheesecake.. but I was hungry 😂 (so pretend there's one on this plate)
Work. Again. Bring on next week!
20th April, 2020. #TheFlowersOfWestDrive